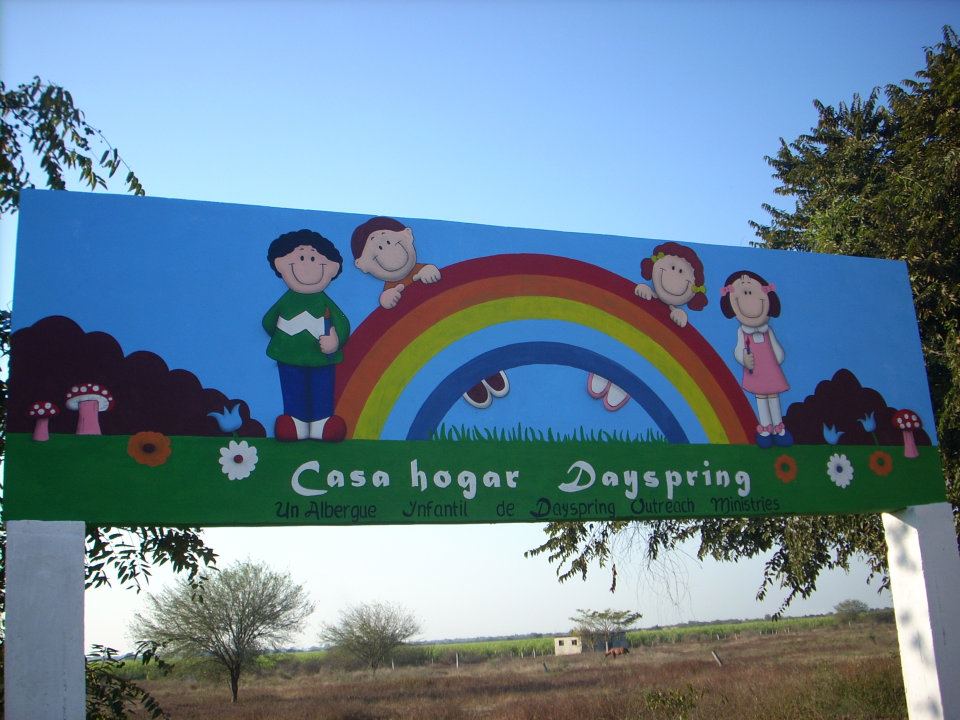 In 2003, Dayspring was asked to take over an orphanage in the city of Reynosa while the founder went through treatment for cancer.  The orphanage was home for 10 special need girls.  We operated the home for one year before turning it back over to its founder after her treatment had finished.  In 2004, we formed our own Civil Association called Luz de un Nuevo Dia.  We were asked by the state of Tamaulipas to start a domestic abuse shelter for women and their children.  We operated that ministry for two years until the City of Reynosa built their own shelter

In the spring of 2011, we started  Casa Hogar Dayspring, a Children’s home in the city of El Higo, Veracruz.  After remodeling a rented property, we received our first kids in September of 2011.  Our orphanage has now grown to a home for 25 children. In the spring of 2020, we moved into a new facility with room for 50 kids and enough property to continue to grow in the future.

Our Directors are David Gonzales and his wife Cristina. They have been with us from the very beginning and have been instrumental in the success and growth of the home. They live on site with the children and oversee the day to day operations, the current staff and all the needs of the kids.